The 10th Americas Spectrum Management Conference will take place on 12 & 13 October 2021. The event will take place in a Hybrid Format, with a return to in-person participation in Washington D.C., supplemented by a live streaming element on our event platform. The event will provide a platform for stakeholders to come together face-to-face and virtually to discuss the most topical issues relating to the management and coordination of spectrum policy across the US, Canada and wider Americas region.
During the 2 days attendees will have the opportunity to get involved and engage through interactive sessions, networking opportunities, exhibition areas and much more.
The conference is part of the Global Spectrum Series.  The world’s largest collection of regional spectrum policy conferences

New administration, new priorities? Where are we currently and what lies ahead?

Forum Global
www.forum-global.com
Forum Global specializes in policy focused conferences and events, providing a platform for discussion and debate on topical issues across a variety of different sectors. These events are organized with clients and partners and aim to progress ideas and actions on important issues, all within a balanced and neutral setting.Forum Global is the international arm of Forum Europe, which was founded by Giles Merritt, columnist for the International Herald Tribune, and is widely recognized as the leading EU dedicated event provider.Headed by a team of events specialists with over 19 years of experience, Forum Global works successfully with businesses, institutions and governments alike. Its strategic services can maintain and develop your key policy networks, and also deliver forums where key issues can be aired and debated. 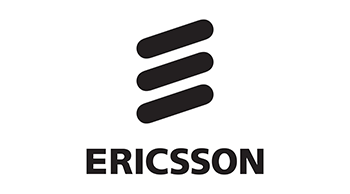 Event Partner
www.ericsson.com
Ericsson is the driving force behind the Networked Society - a world leader in communications technology and services. Our long-term relationships with every major telecom operator in the world allow people, business and society to fulfill their potential and create a more sustainable future.Our services, software and infrastructure - especially in mobility, broadband and the cloud - are enabling the telecom industry and other sectors to do better business, increase efficiency, improve the user experience and capture new opportunities.With approximately 115,000 professionals and customers in 180 countries, we combine global scale with technology and services leadership. We support networks that connect more than 2.5 billion subscribers. Forty percent of the world's mobile traffic is carried over Ericsson networks. And our investments in research and development ensure that our solutions - and our customers - stay in front.Founded in 1876, Ericsson has its headquarters in Stockholm, Sweden. Net sales in 2015 were SEK 246.9 billion (USD 29.4 billion). Ericsson is listed on NASDAQ OMX stock exchange in Stockholm and the NASDAQ in New York. 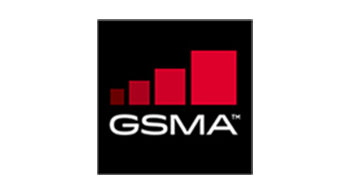 Event Partner
www.lya.com
LYA is an expert consultant to the telecommunications and broadcasting industry focused on strategic advice, research and spectrum matters including auctions.LYA’s focus is on providing value-added services in development and implementation of strategy and business plans, investment analysis, support of acquisitions and divestitures, due diligence reviews and financial modelling. We provide regulatory and policy analysis, including expert evidence, and auction consulting services. LYA’s clients include mobile carriers, investors and regulators.LYA has independently developed Auction Platforms supporting different formats (SMRA, CCA, and clock auctions). LYA’s Auction Platforms have been used extensively to conduct mock auctions and simulations leveraging robot bidder capabilities. The Platforms are secure and configurable for use by auctioneers. The LYA team brings experience and expertise across different auction formats, spectrum bands and applications around the world.LYA also offers its clients the ability to conduct private auctions of spectrum licenses or other assets and handles all key tasks supporting the sale. Please visit www.LYA.com for more details.

Event Partner
www.cbrsalliance.com
The CBRS Alliance is a coalition of organizations that represent a multitude of industries sharing one common belief: that LTE-based solutions in the CBRS band, utilizing shared spectrum, can enable both in-building and outdoor coverage and capacity expansion at massive scale. The CBRS Alliance member companies are dedicated to developing innovative wireless solutions that maximize CBRS’ full potential. The mission of the organization is three-fold:Evangelize LTE-based CBRS technology, use cases and business opportunitiesDrive technology developments necessary to fulfill the mission, including multi-operator LTE capabilitiesEstablish an effective product certification program for LTE equipment in the US 3.5 GHz band ensuring multi-vendor interoperabilityThe CBRS Alliance was founded by Access Technologies, Federated Wireless, Nokia, Qualcomm, Ruckus Wireless and Intel in 2016, and now includes 70+ members, including key U.S. mobile and cable operators. Members are working together to encourage trials and commercial deployments using shared spectrum in the 3.5 GHz band to enable better in-building and outdoor coverage as well as wireless network capacity expansion. Alliance members are building LTE-based solutions for the CBRS band.

Event Partner
www.sia.org
The Satellite Industry Association (SIA) was formed in 1995 by several major US satellite companies as a forum to discuss issues and develop industry-wide positions on shared business, regulatory and policy interests. SIA grew out of the Satellite Super Skyway Coalition, a voluntary alliance of major satellite players, galvanized into action in early 1993 when the U.S. Government began advancing the idea of a Global Information Infrastructure (GII). The success of the coalition in defining the role of satellites in the GII strengthened ties between major industry players and sowed the seeds for what today is the Satellite Industry Association. Since that time, SIA has developed into a full service 501(c) (6) trade association representing the commercial satellite industry. SIA has established active working groups involved with a host of policy issues including: regulatory issues (satellite licensing, spectrum allocation and regulatory policy); government services, public safety, export control policy, and international trade issues. SIA is now a recognized focal point for the U.S. satellite industry in Washington, D.C., representing and advocating industry positions with key policy makers on Capitol Hill and with the White House, Federal Communication Commission and most Executive Branch departments and agencies.

Event Partner
uwballiance.org
Since 2019, UWB has been expanding into a mainstream consumer technology for smartphones, wearables, automotive and industry, forecasted to drive sales volumes in excess of one billion devices annually by 2025.Building upon the standardization work performed by our staff and members within the IEEE on the 802.15.4z, we are focussed on providing a favourable regulatory and spectrum management landscape to maximize UWB growth. This includes working to secure new advantageous rulesets in the upcoming reviews in USA and Europe to expand the use cases for UWB technology.We are also heavily involved in optimizing spectrum sharing whilst minimizing interference. We evangelise coexistence for the expanding Wireless Multiverse and work with members and stakeholders to provide thought leadership on strategies to “make it all work together”.

All times are US Eastern (EDT).

Launched in 2011, and now in its 10th consecutive year, the Americas Spectrum Management Conference is established as the leading platform for spectrum policy discussion in the region.
Forum Global works closely with National Governments and Regulators, plus Industry Stakeholders from Mobile, Satellite, Broadcast, Public Safety, HAPS and more to ensure that their voices are included, and to create a platform for debate that adds real value to the spectrum discussions taking place in the region.
The event takes place as part of the Global Spectrum Series. To view attendee figures from all events in the series in 2020, click here.
These events are very important to us! They provide an excellent platform for discussion & networking.

Mario ManiewiczITU
I believe the entire series is very professionally done. And let me hasten to say that I always find this event worthwhile!

Gerry OberstSES
Your conference in DC was outstanding as always. Really well done with the right people in the room.

Kalpak GudeDSA
I must say that the conference was a great success from my perspective. Once again Forum Global delivered a slick, informative and professional event.

Taking place virtually for the first time in October 2020, the 9th Americas Spectrum Management Conference welcomed over 800 delegates from across the region and beyond for high-level discussions on 5G, Spectrum awards and auctions, the future of mmWave Spectrum, the 6GHz band and more.
You can view more details of the 2020 edition of this event here and catch up on all the sessions here.

This event is taking place as part of the Global Spectrum Series, for further information on speaking, sponsorship or visibility opportunities, and to discuss how you can maximize the value of involvement, please contact Dan Craft on dan.craft@forum-global.com or on +44 (0) 2920 783 020.

For more information on any aspect of this event, please contact Jordan Francombe using any of the details below.